Today everyone woke up by 7:45am; we all had our breakfasts and prepared ourselves for the long day that was ahead of us. Today we went to Maya, and visited St. Joseph’s primary school, where, in the morning we were all divided into three different groups and the Maya dental practice and clinic.

The first group; myself, Dan P, Ben and Nassar, were tasked with painting a nursery classroom at St. Joseph’s white, which left us all pretty much smothered with paint. The second group; Leonie and Jess were plastering a recently built kitchen for a poor family who live right next to the clinic. And finally the third group; Dan B, Joe and Adam were left to deepen a hole that had already been started prior to our arrival, the holes are being dug in order to add more water tanks to the area, which will be used in the dental surgery, clinic and maternity ward once it has finished being built. This took from 9:30am until 12:30pm. Good progress was made today, and further progress will be made tomorrow.

After we had tidied up and reconvened back at the dental surgery/clinic, we had our lunch. Lunch consisted of everyone trying Jackfruit, which tasted like a combination of mango, banana and pineapple and eating the sandwiches that we had made just after breakfast. Lunch also gave the two activity groups the opportunity to make sure that everyone knew what they were doing and gave the people who were going to attempt to teach the school children at St. Joseph’s the cup song, the chance to refresh their minds about how to do it.

We set off back to St. Joseph’s school at about 2pm and got straight into the activities with the children, my group, consisting off; me, Adam, Dan P and Nassar went into P3 between 2pm and 3pm and P4 between 3pm and 4pm.
My groups activities consisted off; the name game which allowed us to familiarise ourselves with the children’s names, we did this by introducing ourselves whilst holding a tennis ball and then we would take turns passing it around until everybody had introduced themselves. Then Nassar did head shoulders knees and toes with them, and in turn they taught us there way of singing it, which to be honest, I much prefer. This was then followed by an attempt at trying to teach the children the cup song, made famous by the film Pitch Perfect.
This didn’t go to plan, primarily because I don’t think we all really realised how complicated it could be for children that young, so we changed the rhythm and made it simpler for them, because of the short amount of time we had with the group, I feel like that was for the best. Next came parachuting and other outside games like kicking a football around to each other and playing catch with the younger children that came over out of curiosity.

The other group, consisting off; Leonie, Jess, Joe, Dan B and Ben started off playing numbers and maths games with their groups of children, then followed rounder’s and relay races. I can’t go into much more detail than that primarily because I was a part of the other group, but I’m sure that a member of that group will go into much more detail tomorrow.

We left St. Joseph’s school at about 4:15pm and on our journey home we witnessed our first glimpse of rain in Uganda, which I was asleep for, but I’m told that some parts of the side of the road had been flooded so badly that they had become a stream, fortunately from what we saw it didn’t enter any houses. Thankfully the rain has now stopped, the temperature is a lot cooler than it has been over the past few days, which could help us sleep a lot better tonight.

PS: A shout out to Ella Potter, a big HAPPY 4th BIRTHDAY for tomorrow, Dan P is very sorry that he will miss it!

PPS: from the team: we hope you enjoy reading this and would LOVE to have you post comments to us at the end - just so we know you haven't forgotten us! 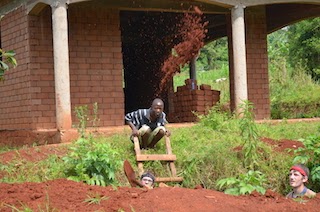 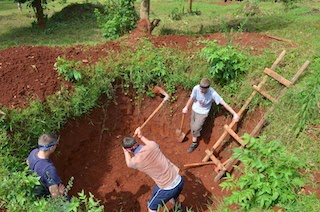 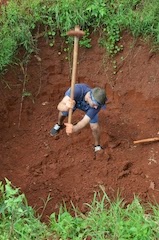 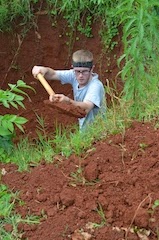 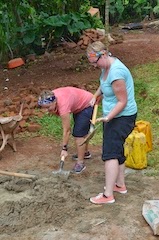 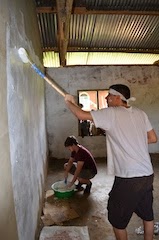 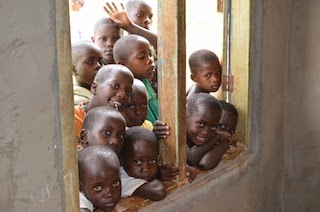 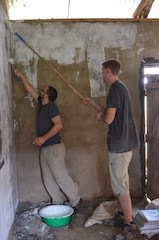 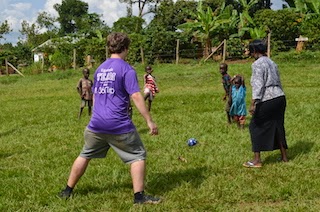 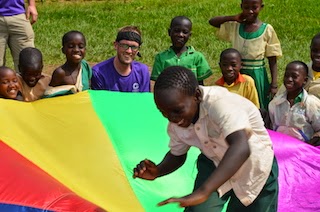 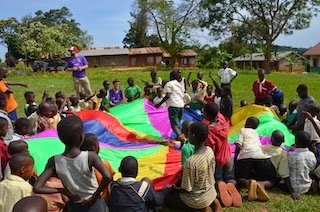 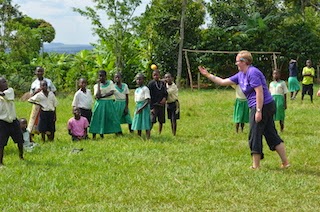 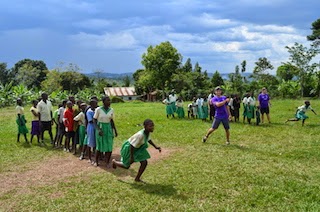 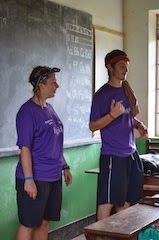 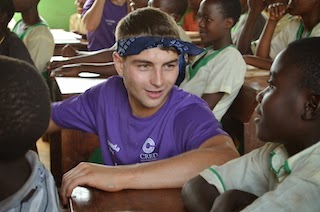 Posted by CRED Foundation at 17:45

Hi Guys, just want to say love reading the blogs - they are really good and make us feel a part of what you are doing. Looks like you are making a real difference and making friends along the way. Did Ben really need a pole to paint :) - say hi to him from his mum and Grandma.

Glad to see you are all earning your dinners. Remember we are so proud of you all. For the Pompey team its raining here and definitely not as warm as where you are.
Remember there is only so much white paint in Africa and it needs to go on the walls.
Looking forward to tomorrows Blog
Love to all
Debbie and Stuart XXXX

having a senior moment should have put David

What your doing is great, proper making a difference, it's brilliant to read what you've been doing. I hope your all enjoying it! x

So proud to see You working so hard Joe as part of such an amazing team.
I look forward to reading the daily blogs and looking at all the photos.
Miss you lots
Love
Nan xxxx

Nice photos - cute kids! Looks like all are enjoying themselves whilst making a difference! Hello to all the Thornbury guys especially xx