Well, we are finally here.  48 hours, 2 planes and a very small amount sleep later, we are here. This country is fantastic, the culture is so admirable given the situation of some and the locals are the most welcoming people I’ve ever come across.

Right now, we are passing a market on the way back to our accommodation and I cannot see a police officer, security guard or army personnel – some would argue this isn’t safe or appropriate, however I’d say it is a clear representation of a healthy, united, caring society, a society that should be admired by even some of the most westernised countries.

Today we have been working in a small rural area called Maya. We were going to meet a small team of people we will be working with later in the week to work on a project founded by John and his network of friends and teams over the years through Link International,  and originally inspired by a 16 year old British girl, Christina. The project  aims to build a maternal unit which helps local families during and after birth in a safe, clean environment managed by a qualified nurse.

After visiting Maya, a short drive down a bumpy rural road we arrived at St Josephs, a school we will be working with during our time here. This was a perfect opportunity to meet the enthusiastic children we will be teaching and leading whilst we are here, as well as plan the practical work we will be doing to serve the school.

On arrival back at John and Sophie’s, on we had a challenging and touching story by Benson, a survivor of the Kony led rebellion in Northern Uganda, and founder of the organisation I Live Again Uganda. Benson’s story told by himself and two colleagues was an emotional one, descriptions of gruesome murders and unthinkable acts of violence really hit hard and made me wonder why this wasn’t publicised more or dealt with in a swifter way.

I wrote most of this blog on the journey back from Maya, whilst in a car being driven by one of the most generous men I’ve ever come across, John. John was born in Uganda and earlier told me the story of his vision for Uganda.  John has worked with many other groups like ours and welcomes it fully, he even gives up his home to us when we come! The first conversation I had with John was outside Entebbe airport, it was about politics. Anyone who knows me should know that’s always the first topic of conversation with me.

John told me about how he himself has been urged to enter politics but has not pursued it due to the sacrifices he would make, one being supporting groups like ourselves coming to this wonderful country. This was my first shock – for someone who I feel, in the short time I’ve known him, is more than capable of representing people of Uganda, even more then some back home.

I had thought for some time now that the only way to affect change on a massive scale was to enter politics and fight for a cause that the majority agree with; John is walking, living proof that this isn’t the case. John found a cause that he believes in and has fought for it in all the ways he possibly could. What’s the cause of his success? Money? Political support? Material wealth? Almost the complete opposite. Selflessness and motivation is what has led 12 people from the UK, John and hundreds of others to this opportunity which we are now taking.

I’ve learnt, so far, in the small amount of time I have been here, opportunities don’t just come to you. You need to seek and source them.  Motivation is the cause to any success in this world. It’s statistically sound, if you try 50% of the time to succeed in a test or challenge then you only have half the chance of success.

Moral of the story. Don’t give up, stay motivated, think of others and you will succeed.

PS from Helen and Ben: thank you to all the TBCers who prayed that Ben would get sufficient leg room on the plane – prayers were answered all the way, and he arrived without a single moment of feeling squished up! 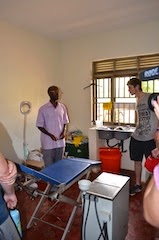 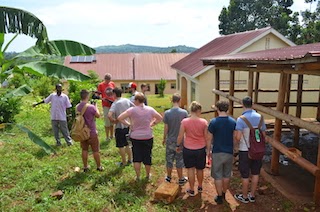 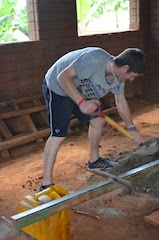 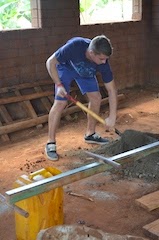 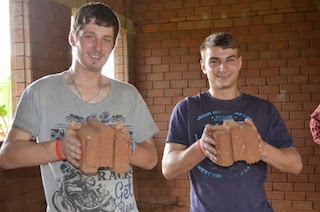 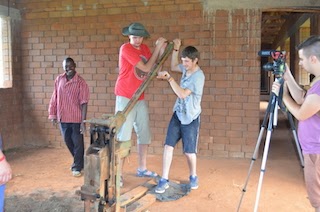 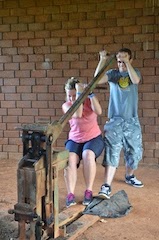 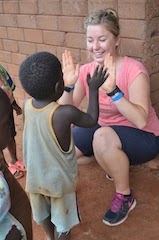 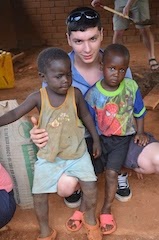 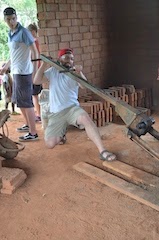 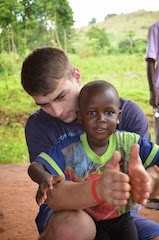 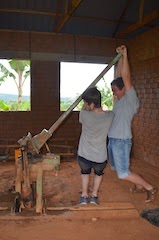 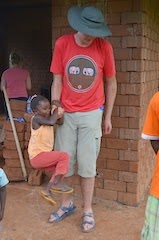 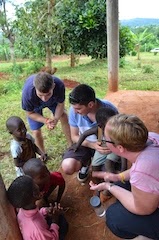 Posted by CRED Foundation at 18:30