Where do I start, today has probably been one of the hardest challenge any of us have every faced. First of all I will start by explaining the actual place then the experience with the children.

The place has many features such as a church, many stone quarries and slums everywhere. The quarries are used to get large rocks which most of the adults and some children work to break them up into smaller rocks to be used on the roads.  They each get a hammer type thing which has a cog shaped rock on the end to hit the rocks with; it is very dangerous because there are small shards of rocks flying everywhere, they get cut and could possible get blinded by getting the shards in their eyes.

We were told that they get 100 shillings per jerry can of broken up rocks, (which is about 20 litres) and on average they would break up 10 jerry cans of rocks a day. So that’s 1000 shillings which is equivalent to 25 British pennies. The most any one has got in a day is 20 jerry cans.

The other way to make their money is to make Acholi beads, which they sell at a ridiculously cheap price.  They use various different coloured strips of paper and roll them up and use glue to make the bead then varnish them to give them the strength and a shiny effect.
They get 100 shillings for 30 single beads or they get 1000 shillings for every bracelet which contains 14 beads. They average 100 beads per hour which if turned into bracelets they make 7000 shillings roughly. So if they work for 8 hours they could get up to 56,000 shillings if they sold all of their bracelets.

When teams like us come over our money helps the people who makes the beads pay the rent, buy food for their family or send either the children or adults somewhere where they can get an education.  Our team has spent 665,000 shillings on beads which in our money is £159.  To some people this might not seem like a lot of money but to them is a huge help.

Once we had a little go at making the beads themselves which is very, very hard we had a little drink break and then the real fun began.  We had to entertain roughly 300 hundred children for about an hour or so which in the heat we had today which was about 36-37 degrees was very hard.
We had Frisbee’s, footballs, a parachute and some tennis balls with a racket. From where the cars were to the part of the playground we went to was hard enough because they were very clingy children and they kept trying to take the equipment from us and we hadn’t even started.

Once we got there is was literally all guns blazing because they couldn’t wait so we just chucked everything and let them get on with it which was nice to see at the start but got much, much harder as time went on because they were fighting to be able to play with what we brought along.

We started the parachute but then had to put it away because they were getting very violent toward one another. But once we packed that away the children and the team started to get along very well we had a great laugh and a great (sweaty) time. We all joined in in pretty much everything that was going on and then most of the children started singing so a couple of us joined in and they welcomed us in and helped us with the singing.

Then they done a song where myself, Joe and Jess had to sit on the floor at separate times and they would sing a song in their language and then they all picked us up and started laughing and walking with us in the air. It was a scary but very fun experience.

Overall the children really enjoyed what we were doing and appreciated us being there. There was smile’s all around which was nice to see. The leaders of the Acholi group were grateful that we came to help and play with the children and to see how they lived. It was an eye opening experience which so far this trip has done to everyone.  For me it was very nice to see everyone come out of their element and entertain so many children at the same time. 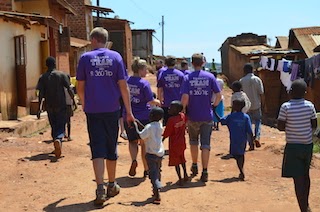 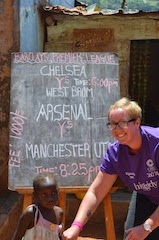 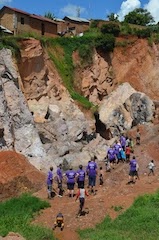 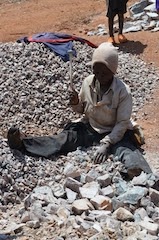 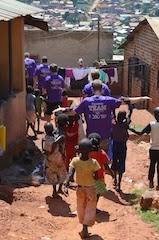 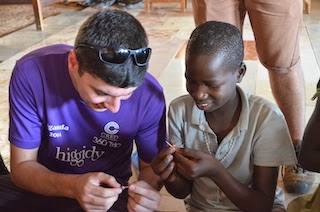 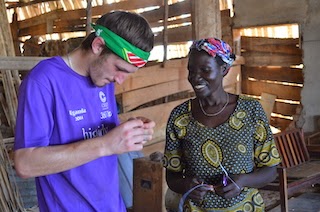 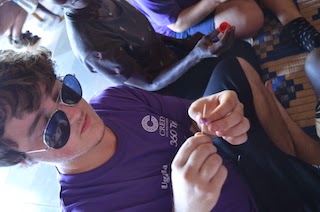 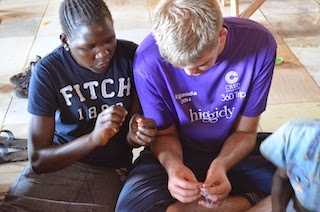 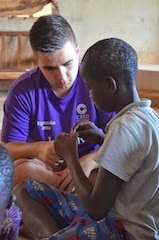 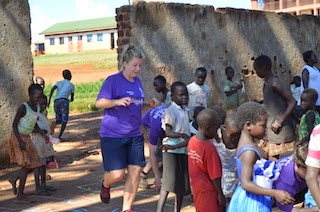 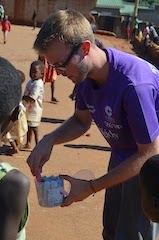 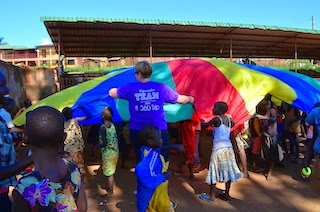 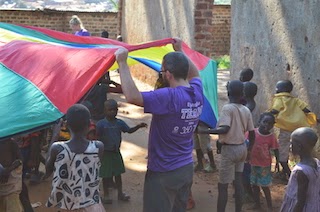 Posted by CRED Foundation at 18:20

Well done every one you are all doing a amazing job. Thankyou for the blog & photographs we look forward to seeing all your news Love to Jess love from Jess's Grampy & Granny x x

Hard to believe you've already been gone for a week. Everyday we look forward to reading the blog and seeing the pictures to know what you are up to and that you are all enjoying the experience. Dan B as your mum I can not express enough of how proud I am of you and all the team. You are all doing an amazing job and what seems something small to us is making a huge difference to adults and children in Uganda. Keep up the good work. Looking forward to hearing all about it. Dan B everyone sends their love. See you next week x x