Wednesday - half way through and going strong!

This is Melissa from Yate! Lesson this morning was amazing! We taught P4 all about the Olympic mascots and had them design what their own would look like if the Olympics were held in Kenya. When they were finished we hung the pictures on the wall and all the kids were so proud of themselves. We left behind a little plush toy of the London Olympic Mascot so they could hang it on their classroom wall. Then at the end of the lesson, the children sang us their national anthem – they were so good!

At break, lots of girls crowded round me and took me into their classroom. Then they sat me down and braided my hair. They were so friendly. One girl came up to me and said “you are beautiful”. A girl Afrasia got given 2 sweets from her friend as it was her friend's birthday, then she gave me one – I was nearly in tears!

Our outside activity consisted of game playing and bubble blowing. The kids were so ecstatic when we got the bubbles out. They were crowding round me and smacking at the bubbles, missing and hitting each other! The kids loved playing with the bubbles and it was difficult to get them to come back inside at the end!

Once lunch had finished, our inside activity was Snakes and Ladders and Twister. The kids were very good at Twister, they were so flexible! After that activity, there were team sports, pretty sure my team won, GO GIRAFFES!!

I had the home visit today. It was so difficult. The mother was saying that she was the happiest she had ever been when her child was sponsored and that it's changed her life. Her home was so small. 1 large room split into 2 by a sheet with 8 people living there. She was saying that she was so grateful that we came to her house – even though we really hadn't done anything but said hi. I couldn't help but start crying at the end of the talk with the family. It was so difficult. I had a crying fit on Laurie's shoulder in the bathroom when we got back. This is Melissa, still slightly crying, signing off.

And now from Shannon D:
I wasn't meant to be on the home visit today but I ended up going instead of Bobbie because she was feeling ill. I teach P6 but I went to visit the home of a girl called Sylvia in P5, We followed her as she led us into the slums. Firstly she showed us the salon that she works at with her nan and then we went further into the slums towards her house. It was like a maze getting there, when we finally arrived everyone was so welcoming. The room was no bigger than my bathroom at home and Sylvia's nan said that 7 people live there. She told us how if the salon has a lot of business and she has money left over after rent and food bills then she puts it all in a tin through the tiniest hole, this money would only be for emergencies, when she has no money. Well this week she has had hardly any money so she has had to break into that tin however she still doesn't have enough and has not paid her rent. Her rent money in English is £20, which seems hardly anything but for them its everything. Her husband abandoned her and her children have had to move away to get money so it is her responsibility now to look after her grandchildren. When we got back on to the bus I burst out crying, i tried to hide it with my sunglasses but it was pretty obvious. I cheered up a bit when Mr. Maggs told me that a little boy called David said 'Tell Shannon to please stop crying' This is Shannon D, blubbering like a baby, signing out.

And finally from Clare:
Group P2 also went on a home visit today. At the child's house we spoke to the child's sister who stays at home most of the day. In their house they fit 5 children and a mother. The sister was only 13 year old, younger than some of the people on the trip, and she wasn't able to go to high school because she was pregnant and now she has a three month old baby. She told us about where she has to get her water and going to the toilet. Both of these facilities cost even though they are bound basic in England. All of the group, Millie, Reece, Clare and Gillian were  feeling really upset when we got back at the school, signing out. 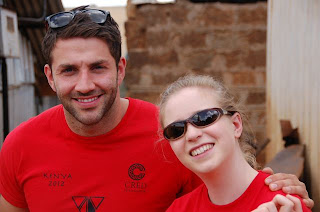 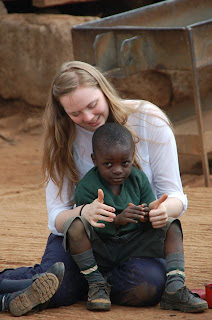 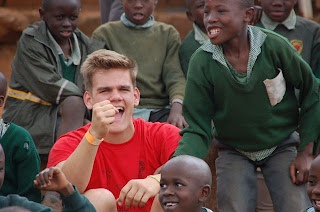 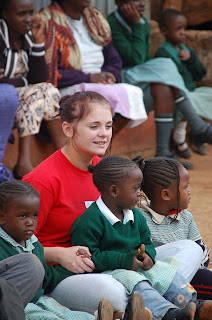 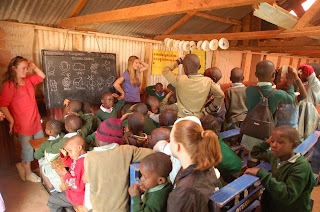 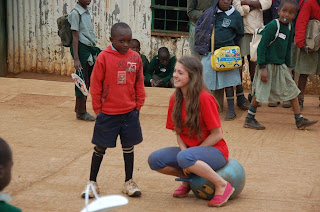 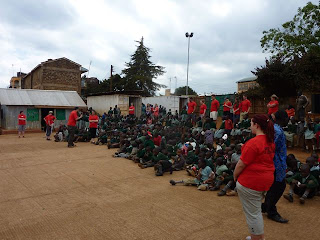 Posted by CRED Foundation at 17:00

What an emotional roller coaster of a day. keep up the good work Team Kenya and I hope Bobbie's feeling better soon.

Hi Glad the visit is going ok Shannon D said Bobbie is ill? what is wrong with her could someone let me know.
Bobbies mum

Keep strong, from reading the blogs it seems that you are doing fantastically well.
You are all making a big difference out there.
Soooo very proud of you. :-)

Glad you're all doing a great job, and making the children happy, sounds like your all having an emotional time but keep smiling - waiting to see picture of you Shannon - love you miss you lots Mum, Dad and Lois xx

oh my... reading all these blogs are making me cry... so many memories are coming back... your all so amazing and this trip is so rewarding... love sophie parnell xx

Looks like the children are really enjoying you being there. Lots of love to Ellie A. Mum & dad x

Missing my best friend Alice so much!, If you can tell her i miss her and that im so proud of you all for helping the less fortunate :'), See you all when you get back!, Keep up the inspirational work! :), Harry Pople.

Glad its all going well, the photos look amazing. We cant wait to hear all your stories when you return. Miss Lane xx

Hi Clare and all the gang
What an amazing week you are having and bringing such a lot of happiness to the children and their families there. I'm sure your lives will be so enriched by this experience. I have loved reading the blog and finding out all you have been doing, can't believe it is already over halfway. Your mum and dad will be very proud of you as will everyone else's parents. Enloy the rest of the trip and have a safe journey home. See you soon.
love Auntie Diane and all the family

Hope you are having a great time at Kenya and keep up the good work. Keep strong and have fun, very proud of all of you. From Caitlin, Beth and Paulina ! X :)

Keep strong it seems like your doing an amazing job over there what your doing for them is something to be proud of every little helps over there.

Say hello to every one for Me and Mr Luxton... so jealous and wishing we were there. Glad you are all having an incredible if emotional time and Mr Maggs and Miss Orford are leading the way with style.

Sounds absolutely amazing guys, and it sounds like you are getting properly stuck in, well done, and will be taking home some memories that you will keep forever.

In the words of TOWIE I am well jel...totally well jel.