Friday, the final day at Spurgeon's

It's Friday and the last day of being in Spurgeon's Academy. Wow! What a week! I think that everyone has been on a rollercoaster of emotions but over everything there have been lots of smiles!

Today's lessons started off well, although there was a sad feeling of the last day in the air. P1 had their Olympics opening ceremony, P2 had fun with post-it notes and P4 wrote letters and drew pictures of their teachers for the week before having lots of fun with paper aeroplanes. After a crazy assembly by Simon and a lot of pictures taken and shirts signed we went on to our morning activities

P1 did parachute, P2 die painting, P3 did games, P4 played football, P5 played frisbee and other games, P6 did facepainting and bingo! All were crazy and manic just as the rest of the week had been, but the kids loved it!

After our final lunch at Kenyanitos, the school held a celebratory assembly for us. We had singing, poems, dancing and speeches. All of it was amazing and many of the team had tears in their eyes as teacher Collins and Kenyanito gave final speeches. Then the goodbyes began.

All of us were flooded with hugs and God blesses, and a lot of 'please come back's. Many of us found it difficult to respond to this and many responded with tears. Lots and lots of tears. However, there were still some smiles and there is always the memory of what, as a team, we have achieved.

Now for the meal with the teachers and a bit of dancing! 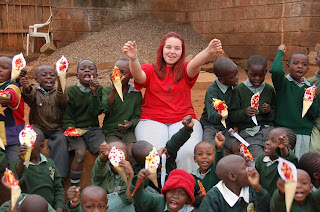 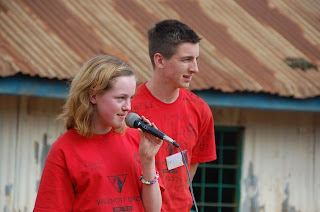 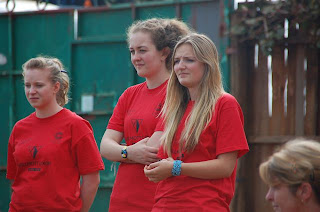 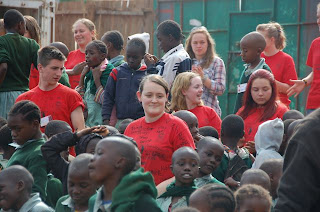 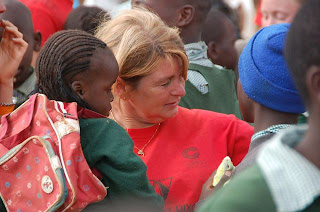 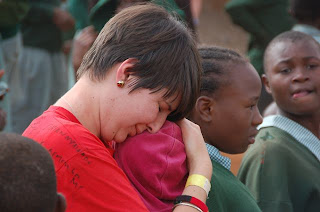 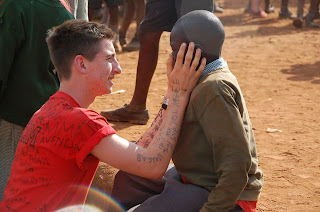 Posted by CRED Foundation at 15:55

well done you should all be really proud of yourselves x
Cant wait to see all the photos :0)

You will have your memories for a long time. A great experiance for you all. Well done. I'm sure we are all proud of you all and can't wait to hear the stories and see the pics and videos. Travel safely. N cook. Xx

Loved reading the blog. We are so proud of all of you. Looking forward to hearing all about the trip when you get back and seeing the photos.
Love from Emma's family x

So very emotional for you all.

Enjoy the last day that you have there with your old friends and the new one's...!

Can't wait to see you again on Sunday, looking forward to hearing about everything that you have seen and done.

Love to all. xx

Great job! Have a safe journey back everyone.

We've loved the blog and the photos and we hope you have a great final day. Make sure to boost the local economy by spending all your money! Love from Ellie A's family.

Have a fabulous last day all, what time do they arrive back sunday? i cant find the info :0(

If you go onto 'Flight Tracker' OR 'Flight Aware' you will be able to monitor their progress back to Ole Blighty.
x

I know the time they are getting into heathrow, what i meant is what time do we pick them up from school?