We are here and what a start 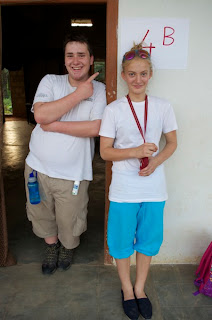 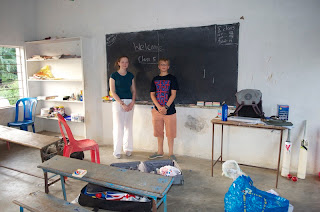 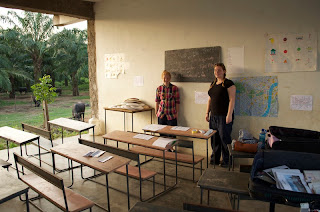 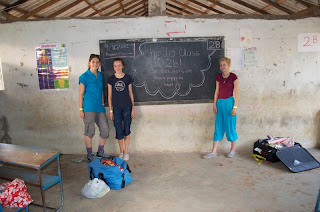 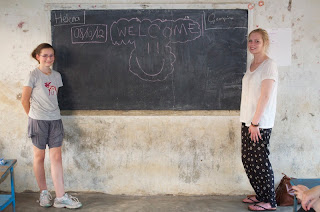 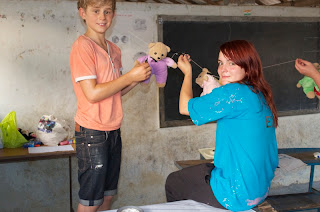 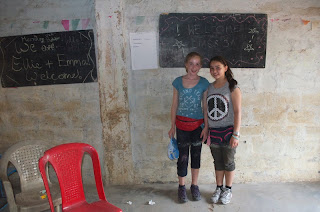 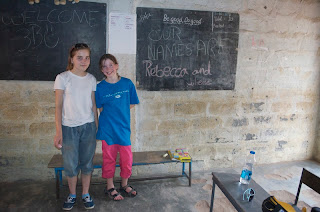 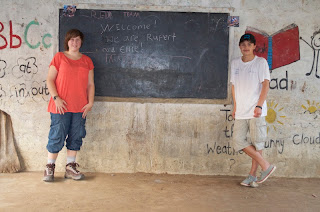 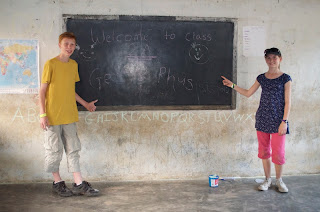 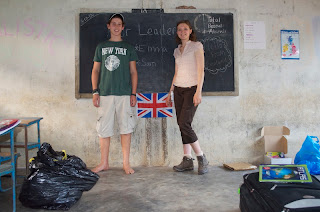 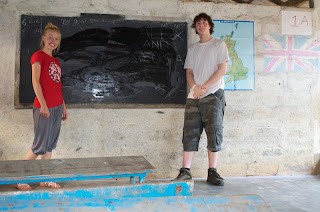 After three flights, a rather bumpy coach trip and a total of 18 hours travelling we arrived in the utter madness that is India.  The Etihad flights actually weren’t too bad- despite being in economy class we had televisions on the back of our seats and three course meals! However, the internal flight from Hyderabad to Rajahmundry was another matter- our group of 37 practically took up the whole plane, with the exception of 10 other anxious looking people!

We walked out of the Jet Airways plane to be hit by a wall of heat. It was HOT. And STICKY. We climbed aboard the bright yellow school bus which was due to take us to our hotel and began a journey quite unlike any other. The drivers of India appear to have no rules whatsoever, and the idea of ‘right of way’ is non-existant! However they are very aware of the roads and despite overtaking a tuc-tuc whilst facing an oncoming truck there were thankfully no accidents! On top of that, we’ve discovered the use of horns, which are supposed to be used for overtaking- which is normally every 2 seconds!
India is a complete assault on the senses- there’s so many colours and noises and smells to take in. According to the leaders at the front, everyone’s faces were a picture, mouths agape and completely absorbed in the whole experience. There were so many amazing sites to see; a family of six aboard a motorcycle, a herd of goats and Asia’s longest bridge (it’s pretty long!).  At one point we stopped at train lights in the middle of a bustling town, only to be quickly surrounded by some intrigued locals- we attracted quite a crowd. Apparently white Westerners are no the norm in this area, so we can expect to be treated with celebrity-like status!

Finally, we arrived at the hotel, which is nestled down a busy market street in Tadepallegoudum (that’s how it sounds anyway!). The rooms for the team were spread out over the top three floors, so transporting everyone’s luggage with one set of stairs and one tiny lift proved to be a challenge- perhaps the biggest of the day considering the terrible jet lag!  The rooms are basically glamourised camping and the electricity is a bit hit and miss, but having had practically no sleep in 48 hours meant that no one was particularly concerned. The priorities at that point were food and bed! Talking of food, it is all absolutely gorgeous and specially prepared for us by Janaki and her friends. Those who are not as keen to spice, will we’re sure, become more accustomed to it over the rest of the trip.  Anyway, after dinner it was definitely time for some well deserved kip.

This morning we tumbled back into the buses to have breakfast at the school (you guessed it, curry again!). St Joseph’s s is made up of one main block, where they have their all-school assemblies and the lower school classes, and then an oblong block for the younger years. In England, it would probably be considered a bit of a building site, but it’ll do just fine for the next week. After breakfast, we joined Janaki at her church, which was absolutely amazing. Not the whole of the team is religious, but everyone got into the swing of their celebrations. Their passion was amazing and although we couldn’t understand their language, it was clear that they worshipped and prayed for everything that they were given. The service was a bit of a marathon- we were there for 2 hours and we didn’t even get there at the beginning! Despite that, it was lovely to feel so warmly welcomed into the community, and hopefully we’ll be able to serve them and their children as best as we are able over the coming week.
We went back to the school for lunch and then began planning and preparing for our lessons, crafts and games. We jazzed up the rather barren classrooms, so hopefully the children will appreciate that when they arrive in the morning. It’s been another long day and everyone is looking forward to having some dinner, settling down to bed and getting ready for the fun and madness which we hope to bring to St Joseph’s School.
Posted by CRED Foundation at 16:29

Wow sounds like you are having an amazing time already! We are so proud of you all, make the most of this opportunity and enjoy every minute. Look forward to hearing more ... miss you loads, lot of love Ellie's family :-)

I'm so happy you all made it safe and well. I'm so proud of you all for what your doing there and hope your enjoying the start of your amazing journey. We miss you already bec and can't wait to hear all about it xx the pictures look amazing !!!!

Glad you all made it safe and sound. Sending lots of love and admiration to Becca Luck. What an amazing thing you are doing. You are a shining example of how much good there is in our young people today despite the bad press you get. Go Becca and the rest of you. Very proud of you all. Nannie and Ian x x x x

It's so wonderful to see the photos of you all in your class rooms. Have lots of fun teaching the children. I'm sure you will inspire them.... can't wait to hear all about it. Lots of love from Georgia M's family. xoxoxo