Third day of the project, we were up bright and early to have breakfast, then we left for our final day at the school! After breakfast we made our way to the school to arrive just before nine. We then all divided into 3 groups for our lessons. All the groups had separate grades and lessons with Rob, Laila, Taylor and Jess having a flag-making lesson where we presented information about the UK Flag and the Bulgarian Flag. We then played polo relay, this is game where you have a cocktail stick and polo, you have to get the polo from the start of the group to the end without dropping it. Next, we had an English lesson, where we taught some basic English, the children love to learn the English language. We then departed from the school with lots of goodbyes and a final photo of the whole team and the head teacher.

We went to the youth centre as usual for lunch where we ate pizzzzzza and cake. Afterwards, we again split into three groups, one stayed at the youth centre and worked with around 15 Roma and orphan children. Here the first activity was a huge mural, all of children participated in painting a variety of pictures around their names. Next we went out to the green space and played volleyball with ten of the children. One child decided Rob was called Harry Potter and Carly was Hermione…. The favourite activity was playdoh and bracelet/loom band making, most of the team involved came away with a bracelet too! Carly taught one of the boys to make a rose out of playdoh, she was really proud haha!

Katie, Jess, Keely, Chloe, Asia, Taylor and Mollie were split into two teams to visit two youth accommodations. These are like a halfway house for children with no families, all of which were from the Roma community.
As Katie is writing this, you’ll get more of an insight into the home I visited. There were children aged 6 to 29 in this particular house, who have a dedicated ‘babysitter’ to look after them. We arrived unexpected, but were welcomed with traditional Bulgarian food, which was lush! The woman looking after the children showed us around the house, it has a basement, a ground floor and a top floor. The building is quite new so everything was really clinical, but the children had a few things like photos and teddies to spice it up. To begin with we spoke to the older children, listened to their music and danced. We then played a short game of volleyball, followed by bracelet making and drawing, even the older boys that were too cool for bracelets got involved eventually! We loved it so much we didn’t want to leave.

We’re now back at the hotel writing the blog looking forward to Taylor’s birthday tomorrow and hearing from all of you guys in the UK!

p.s. beans
p.p.s. Rob loves his mum
p.p.p.s Val bae you better be reading this
p.p.p.p.s where are Asia’s Friends 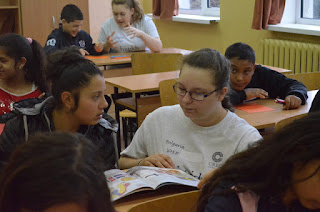 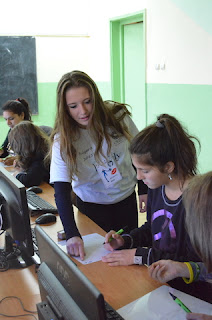 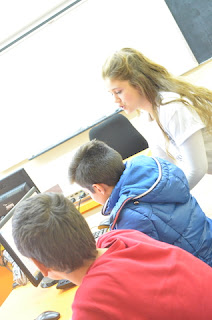 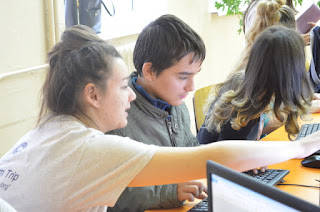 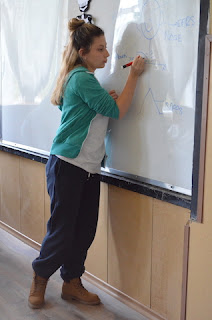 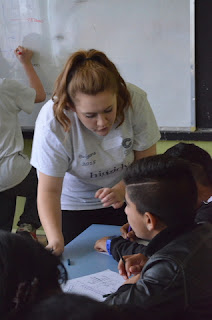 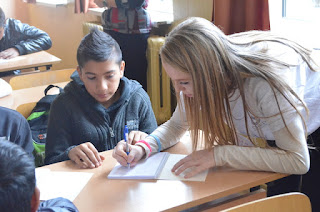 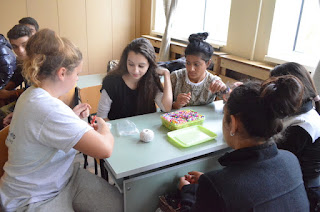 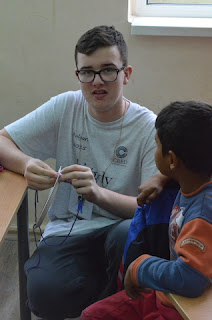 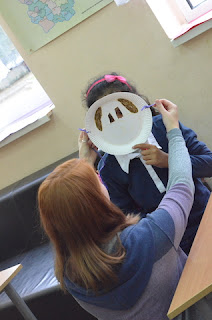 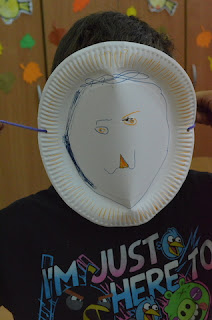 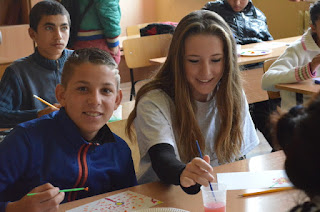 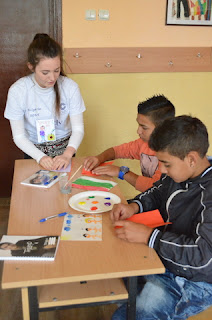 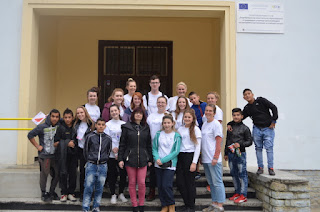 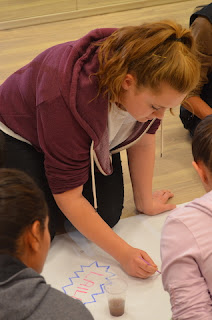 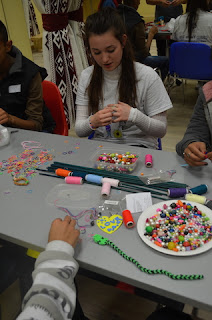 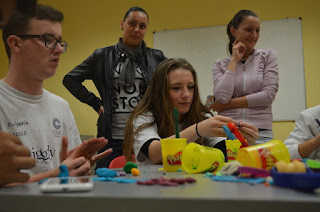 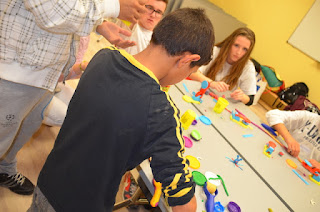 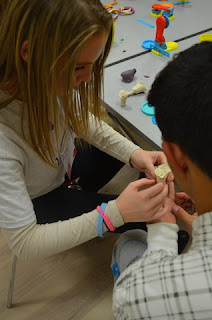 Posted by CRED Foundation at 16:58

Here's the second personal comment Mum :) I'm afraid I haven't read any of the blogs, am in the depths of this hideous essay (which is at least making some sense now!) and need to get it done by the morning. But so glad it's all going well and the team are being so brilliant at all the adapting. Can't wait to hear all about it at the weekend! Love you

Hi Rob, hope you are well and enjoying your experience in Bulagaria, I have enjoyed reading the daily blogs they have given a real insight in to what you guys are doing over there. The week is going by really quickly so I hope you enjoy the remainder of your time and look forward to hearing all about it when you are home...love you loads...Nan....xx

Hey Rob,that's not the first time you've been called Harry Potter.Polo relay a great idea,sounds like you've had great opportunities to learn there language.Love you to and look forward to hearing everything about everything when you're home.I wander if you're singing at each and every moment possible like when you're home.The house is definitely quieter.I'm enjoying the blog.x Well done to you all. : )

Msg for Asia - so proud of you. We miss you do much. Can't wait to hear all about your trip. What an experience your having. Enjoying reading the blog and seeing what adventures your getting up too. Lots of love Nicki, Alex, Lauren and Ben xxxx

Msg for Asia - so proud of you. We miss you do much. Can't wait to hear all about your trip. What an experience your having. Enjoying reading the blog and seeing what adventures your getting up too. Lots of love Nicki, Alex, Lauren and Ben xxxx

Hiya Amy.
I hope you had another fab day being your last day at the school there.
It was probably quiet emotional too,well done to you and all there.
Have a lovely eve and have a fab day tomorrow.lots of love Dad and Jenny.xxxxxxxxx xxxxxxxxxxxxxxxxx

Hi Amy, bless the children look like they are having fun. I bet there were a few years when you all left. Really pleased to see everyone having so much fun. Lots of Love Mum, Dad and Josh. Xx

Hi asia
I'm so proud of you and the rest of the team. What you are doing is more than I could ever do. Last weekend was not the same at your house without you it was far to quiet. Missing lots can't wait to here all about it on Saturday. Lots of love nan xx

Why is there soo much BREAD! OUTRAGEOUS!!!

You best have saved me some pizzaaaaaaaaa!
Was it better than Domino's tho?? Muwhaha!

Looks like you're having fun! Can't wait for my bractlets :)

Hiya asia
Looks like you have had another fab day, I bet it was hard saying bye very emotional I expect. Your doing a great job. Still missing you lots love mum, dad, Danielle and Megan xx

Dear my dearest Rebekaaah!
I hope your having an amazing time!! But you do need to hurry back so we can get the JOHNNY CASH on!

Seen as the Ginger and Heshri don't appreciate the masters of music we'll have to take the day off work and enjoy The Wurzels down at the turfs ;) and maybe a little lunch on the way.. Laila can be left on toilet duty it's cool.

Enjoy the last few days!
Lots of love!!xxxxxxxx
Tinney (the fav one)

Would be great if we could collect and send small xmas gifts to the orphan children and is there anyway the school can keep in contact with them until the next group visit if this doesn't happen already, just something to show them that people care after the trip is over x

Hi team. Bex, I guess Laila is up for the unphotogenic award this year then! And the Bulgarian kids are right, Batson does look like potter! Anyway, good work for getting volleyball out there, Bulgarians are mad for it. Wish I was there, just marked 33 geography books for tomorrow :( keep smiling! Carl x p.s. BEX I LOVE YOU, better? Ha

Hi Becks good to see you all arrived safely and what looks like a great time. Enjoy the experience and look forward to hearing all about it when you get back. Love as always Mumma Davies and Papa Smurf xxxxxx

Hi Becks good to see you all arrived safely and what looks like a great time. Enjoy the experience and look forward to hearing all about it when you get back. Love as always Mumma Davies and Papa Smurf xxxxxx

Hi Mollie, looks like another great day and by the look of their faces they are loving having you all there
Pizza lol you don't eat pizza
Everyone at home sends there love
Take care see you soon
Love mum dad and Rebecca xxxxxxxx

Hi Keely
Another great day, blog and photos. Hope you are still enjoying your time there although it must have been difficult having your last day at the school, again make the most of the time you have left. Looking forward to having you back and hearing all about it.
Love you lots and cant wait to see you

Glad you are all having an amazing time! :) Can't wait to hear all about it when your back! Looks like your plea for messages worked this year Becks... everyone is showing you the love! <3

Anyway enjoy your last few days; and I can't wait to see you all when your back! Love you lots Aliesha xxxx

Hey Sis,
Great seeing the pictures and reading the updates! Can't wait to hear all about your time there. I hope you haven't broken any children by playing sports... i know how much it hurts!

See you soon!!
Love you!
Amber, Mark and the minions <3 x

For Asia, hey u, how are u doing? All good here, girls at youth club but missing you there tonight. Enjoy every minute of Bulgaria, looking forward to seeing u during half term Nicki xx

For Asia, hey u, how are u doing? All good here, girls at youth club but missing you there tonight. Enjoy every minute of Bulgaria, looking forward to seeing u during half term Nicki xx