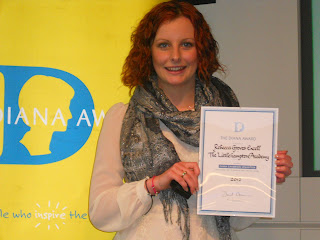 The Diana Awards were founded in 1999 by the UK Government to act as a lasting legacy to Princess Diana's belief in the power of young people to change the world.  Sounds about right to us.

You can find out more about the Diana Awards here:  http://diana-award.org.uk

Posted by CRED Foundation at 14:14